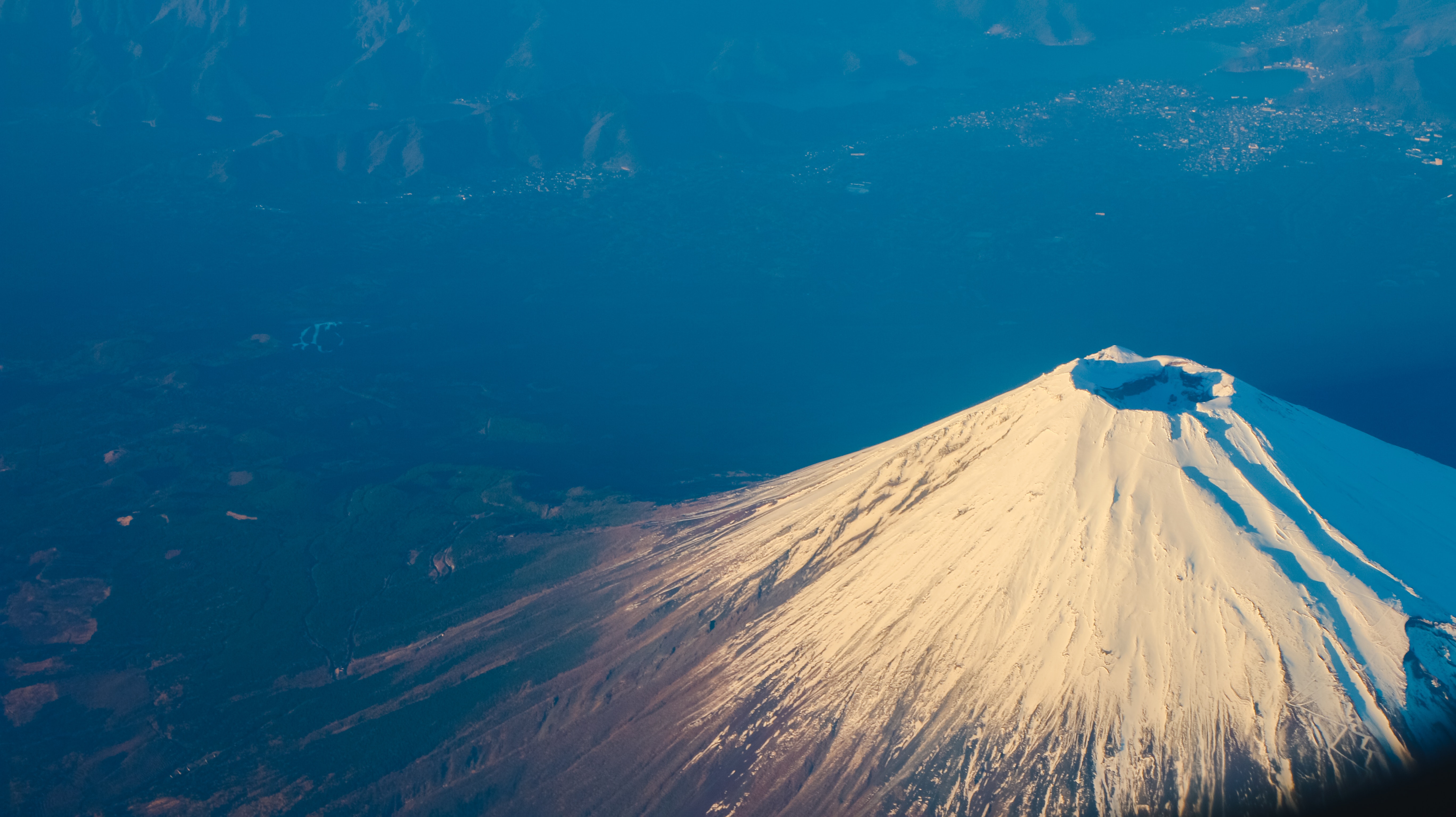 I love hot weather but summer in Japan is crazy! If I walk outside I’m bombarded with surly gangs of cicadas intent of having the most amount of fun in the shortest amount of time – cicadas only live for 6 weeks above ground so I guess they are highly motivated. 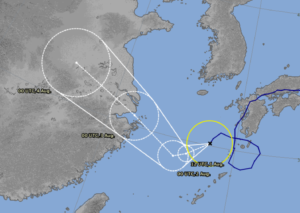 If it’s not sauna conditions outside then it’s like being inside a washing machine. We just got hit with a massive typhoon *please find attached landslides and flooding. Usually these typhoons cruise up past Taiwan and the south of Japan via Okinawa. Not this one. It came straight up the carpool lane, took a hard left, slammed into Tokyo then danced it’s way back down the coast heading inland towards Osaka, pirouetted, before shitting all over Okinawa on it’s way over to China. Thanks typhoon number 12.

Treacherous coastline indeed. Kushimoto, near Wakayama is the watery grave to a Turkish ship that went down in a legendary typhoon back in 1890. Locals in the impoverished village nearby fed and clothed the 69 survivors until they were restored to their homeland. Even the great Mongol conquerer Ghenghis Khan turned back from Japan’s shores because of a typhoon. Full article here on Mongol shipwreck found off the coast of Takashima, Nagasaki prefecture.

Japan is not known for it’s beach culture and beaches near Osaka are few ; Suma beach in Kobe, Shirarahama in Wakayama (the sand is actually imported from Australia). Japan’s coastline is stunning with plenty of great surfing beaches . . . far, far away. It takes forever to get there. It’s like taking a curly hair and straightening it; it’s way longer than you originally thought. Throw in some narrow, double-lane highways, lots of tunnels and you’ve got yourself a 4-hour trip to the coast. Add in a weekend or public holiday, you’re looking at a solid 6 hours in traffic surrounded by Sunday drivers. Literally. I mean they only drive on Sundays, everyone catches the train to work.

FUN FACT: Fear of the ocean is popular in mythical culture. The story of a ghost grabbing your ankle and dragging you down to the depths is a common theme.

Scuba diving on the other hand will net you incredible otherworldly locations. This summer vacation the family and I are heading to Okinawa, home to the 10,000 year old underwater ruins at Yonaguni island. Shit in Japan is old! There are castle ruins here older than Macchu Picchu. Accidentally finding an ancient, pyramid-like structure submerged in the ocean off the south islands just makes me giggle with anticipation. Macchu Picchu, Atlantis, what’s next?

A few centuries back, any time there was a typhoon or flood, entire prefectures would starve. There’s not a lot of space over here, especially not for farming. Turning the other cheek meant ignoring your neighbor’s famine back in the day, which wasn’t hard considering huge mountains blocked you in at every turn. 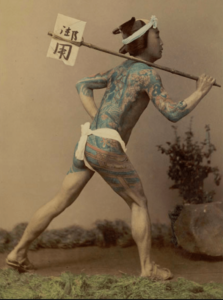 More than 70% of Japan is mountainous terrain. Japan is the 5th largest importer in the world and imports about $575 billion worth of stuff in a year. And imagine getting your mail delivered before the industrial revolution? Don’t even go there. Check out this guy . . . It’s just running up and down mountains in thongs. Wouldn’t wish it on my worst enemy.

So what is up with Japan? Well, there are 4 major fault lines that intersect around Japan. These are the edges of the Eurasian plate, North American Plate, Pacific Plate and Philippine Sea Plate. The islands of Japan are the results of these plates shifting over hundreds of millions of years. One of the them is called “Nankai” (a.k.a. Pilippine Sea Plate) and it runs the length of the south eastern coast stopping just under Tokyo. The Japanese government this year released an official announcement that in the next 30 years the Nankai plate will shift causing a huge earthquake and tsunami. We were thinking of buying a house, but . . . meh, we could wait.

We all use the Japanese term “tsunami” instead of the English equivalent probably because out of the 100 or so recorded tsunamis in history about a quarter of them have hit Japan. In this list the Nankai trough comes up a lot! The first one is mentioned way back in 648 BCE at a magnitude of 8.25. Every few centuries another M8 hits, the most recent was in December, 1946. Here’s a simulated video of what will probably go down when it happens next.

Two months ago a magnitude 6 earthquake hit Osaka. It put a few more cracks in the outer wall of my yard and scared the crap out of my Aussie neighbor, but everybody else still went to work. The trains stopped running so the streets were full of suits marching in the hundreds trying to get to the office (full article here). People were squeezing onto buses, taxis made a killing and traffic was so bad that we had to cancel our trampoline park adventure. Yes, when the earth moves the Hurst clan goes trampolining.

FUN FACT: Did you know they monitor milk production on dairy farms to predict earthquakes? A farm on Awaji island, near the Osaka bay, had a significant drop in milk volume a few days before the M6 hit Osaka. Milk production also went down before the Great Hanshin Earthquake in 1995. For more info check here. 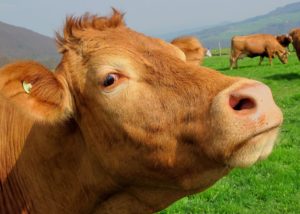 Having an M6 here in Osaka warranted only a few scoffs and “hmphs” from our Tokyo neighbors. They are so used to copping all the big ones that if it’s not an M7 or M8 then it only counts as a “tremor.” Now, keep in mind that the difference between magnitudes is 10 times. The M6 that we felt was scary, an M7 is 10 times the scary. But what can you do? Short of living in a tent on a vacant block, nothing.

I’ve got a go-bag and bottles of water scattered about the house. We know where to evacuate to, got a first aid kit, but none of that matters if we don’t move fast enough.

The good news is we don’t live downtown. We are situated way above sea level close to the hills. The biggest worry we have is our old Japanese house collapsing. One of the great things about GMB is that we train for holding up houses in earthquakes – all of our trainers, totally house-quake trained. It’s part of the final GMB Trainer exam.

Japan’s no stranger to catastrophic disasters which is largely why the property investment scene here is so dead. In 1923 the Great Kanto earthquake killed 142,800 people in and around Tokyo and wreaked havoc on the city. And let’s not forget the most recent M9 earthquake off the coast of Japan in March, 2011. Japan is still finding its feet after that disaster. The thousands that were displaced in the nuclear aftermath of Fukushima still are.

Ever heard of The Ring of Fire? No, I’m not about to launch into a story about some epic curry I ate on vacation. I’m talking about the entire edge of the pacific ocean. Japan is situated on a  particularly volatile area of this fiery ring. Like Hawaii, a lot of the mountains in Japan are still active volcanoes. Mt. Fuji is one of them. The last time it erupted was the year 874.

I climbed Fuji with all the other tourists when I first came to Japan. I was a little surprised at the sheer mass of people trudging their way up the dirt road that leads to the top. For a country that centers so much of it’s culture around nature and natural beauty it sure is commercialized. You’re on the side of this massive, dormant volcano, hiking into thin air and there are vending machines on every corner.

I love this youtube video of the world’s volcanoes and their fire power. It’s in Japanese but in ascending order, so you can get an idea of where the big ones are and how many of them are in Japan.

Amidst all these potential disasters and uncertainty, you would think that the locals would have a more devil-may-care attitude. Wrong. Japan is the place you go to find intense, detail-oriented experiences. Tea ceremony, calligraphy, archery, all of the martial arts. Even putting flowers in a vase is an art form here. Enrol in a yoga school here and you will start at the beginning learning every breath, move, pose in order and at the exact same pace as everyone else, as you climb each clearly defined level of aptitude.

Sound familiar? Let’s just say Japan has definitely honed my obsession with teaching the finer skills of a craft.

Japan is well prepared for earthquakes and takes pretty direct measures to ensure safety through loudspeaker systems in all towns and cities. Warning messages go to all cellphones as soon as seismic activity registers. All the rivers here are walled in to cope with flash flooding. Does it help? I don’t know. Is 3 seconds enough to get my family to safety? Probably not.

For my friends in Japan: The Japan Bureau of Meteorology website has a list of useful links and animations to help us prepare for landslides, floods, typhoons, volcanic eruptions and earthquakes that may occur at any moment, check it out here.

In the end, all we can do is prepare for the worst, hope for the best, and not worry about what is to come (or not come). It doesn’t matter if it’s an earthquake, car accident, or psycho world leader wanting to nuke Japan. There’s no point in worrying over something you can’t control. Instead, spend that time enjoying every minute of life you can.

Escape From Osaka: Hiking In Minoh