Beards have made a huge comeback. Studies on women’s responses to facial hair on men found strong links to perceived manliness and being better dads. Stubble and full beards are generally attractive to the opposite sex. Personally, I’m holding out for a resurgence in chest hair fads. I’m destined for greatness if that ever happens! 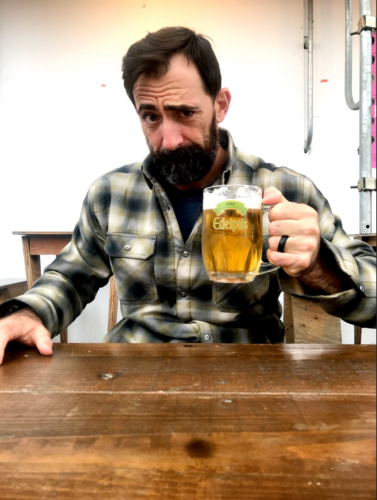 Beards in Japan are pretty rare and a good reason for that is that most Japanese men can’t grow facial hair! When I first grew out my beard it was a bit of a conversation piece with my wife’s friends here in Japan and it spurred me to write out some questions that I’ve been asked. Replies change depending on the person I’m talking with. 😉

Q: How long is it in inches?
A: Uh, it doesn’t really qualify for length. But it’s how much it gets rubbed that counts, right?

Q: Can I touch it?
A: Only if you ask nicely. 🙂 This question always cracks me up in Japan. I actually had a drunk Japanese guy at a restaurant come over because he wanted to touch it. He sauntered over and grabbed at it without even asking or saying anything. Dude almost got choked the F* out.

Q: Have you ever thought about growing it really long?
A: I have and I’ve even tried to grow it longer, as in the picture above. However, at that point it starts getting way out of hand. Honestly, the long, hipster beard thing isn’t the look I’m going for in GMB. Maybe when I retire from GMB and am living in the mountains I’ll let it go.

Q: How long did it take to grow?
A: I can grow a pretty full beard in a matter of weeks. Been that way ever since I was 10. Just joking, since I was 11.

Q: What do you do to keep it silky smooth and powerful? Take us through your daily beard.
A: I take a shower, wash it, blow dry it at night, and keep the food out of it. And the stress of having kids gives it that powerful gray look.

Q: What products have you tried?
A: I have only tried one beard butter and coconut oil. The beard butter got stuck in there for the better part of a week. My assistant thought I had put strategically placed snacks for in-between shoots. Yummmm, butter.

Q: Does your wife like it?
A: I initially grew it because I didn’t have to shoot any GMB videos for a couple of weeks which meant I didn’t have to shave. She said she really liked it so I kept it. I had to shave it when I went into the hospital for an operation and my kids hated me not having a beard! So, it’s a keeper.

Q: Any beard habits you want to share with us?
A: I always make sure to wipe it when eating and then double-check to make sure it’s clean afterwards. I also make sure that I comb before filming but I don’t get O.C.B(Obsessive Combing of Beard) with it.

Italy and Germany claim the first official World Beard And Moustache Championships with subsequent events in the 90s being held in northern Europe. 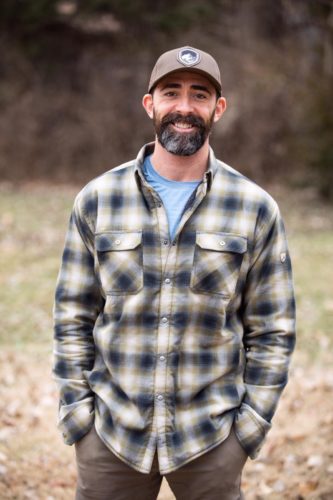 There are so many beard products out there, I really don’t know where to start. Right now, I’m all-natural. No fertilizers on this thicket. But I am toying with a few possibilities.

After my chunky experience with the beard butter I’ve decided to start putting a little effort into my daily beard.

Thinking about growing a beard or already got one? What products do you use? Did I miss something awesome?